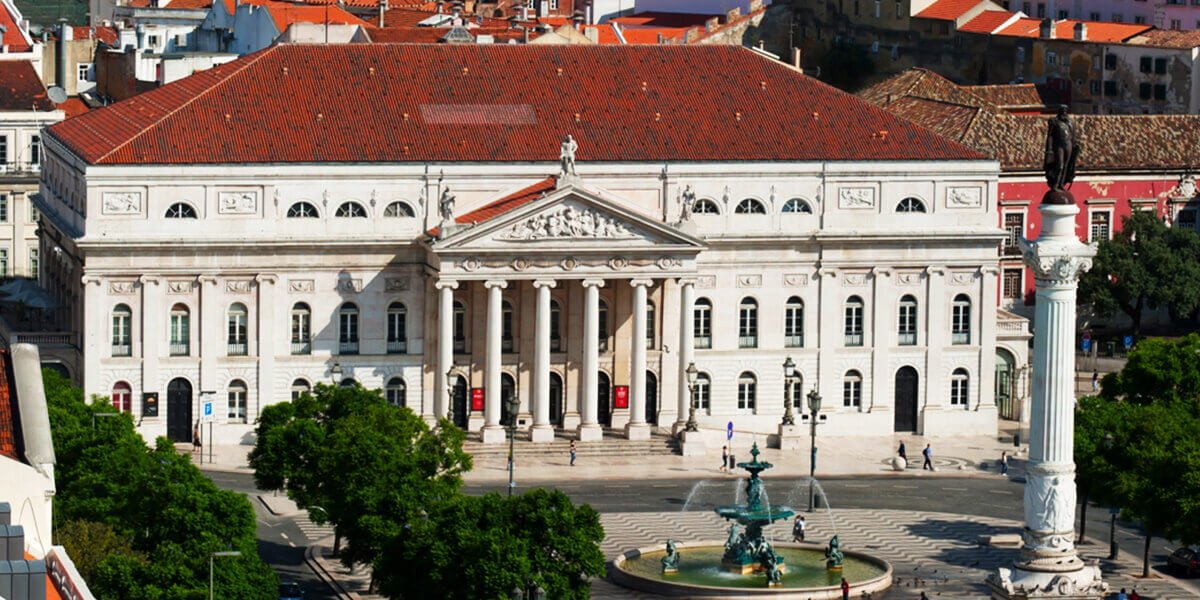 The National Theatre was inaugurated on April 13th, 1846 during the celebrations of the 27th birthday of Queen Maria II (1819-1853), the reason why the theatre was named after her.

However, National Theatre’s history began ten years before its inauguration at a moment of political and cultural changes that arose from the revolution of September 9th, 1836. This was a time when Europe lived in a romantic atmosphere and the writer and politician Almeida Garret was made responsible for reflecting upon the Portuguese theatre in global terms as a political issue strictly connected to the country’s very own independence after the French invasions and liberal wars.

Between 1836, the official theatre creation year, and 1846, its inauguration year, the existing and already decrepit Teatro da Rua dos Condes was the temporary National Theatre. After many controversy, the ruins of Palácio dos Estaús, former Inquisition headquarters destroyed by a fire in 1836, were chosen as the final location for the National Theatre by Italian architect Fortunato Lodi. His decision was highly criticised and it was only in 1842 that Almeida Garret was able ensure the beginning of construction works.

The National Theatre was consumed by a fire in 1964 and all that was left was its exterior walls and façade. The neoclassical building, as we know it, was totally rebuilt and reopened in 1978.