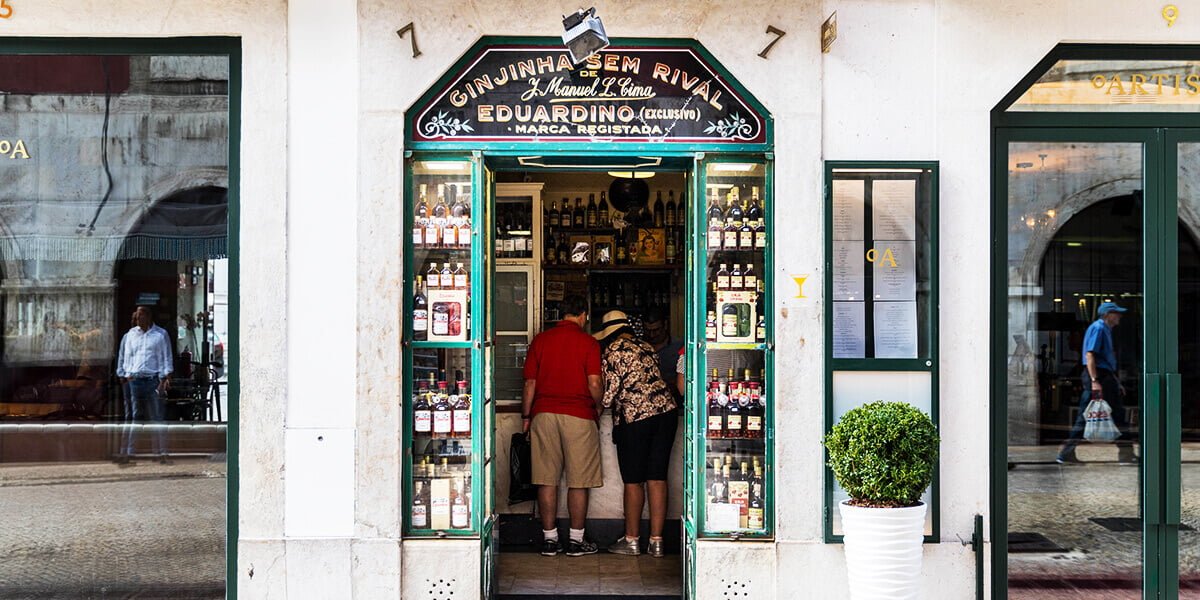 Ginjinha sem Rival is near the hotel and is a centenary house founded around 1890 by João Manuel Lourenço Cima, the great-grandfather of current owner, Nuno Gonçalves.

In a time when liquor and syrup production was in high demand, Ginginha stood up due to the quality of its recipe that remains unchanged to this day. They trusted their product so much that the labels of their bottles still state that “This house has never competed in any national or international exhibition”.

Ginginha is the meeting place of many individuals of all social classes and age groups that gather for a little chat. It is the starting point of many friendships and one of those friendships ended up giving rise to a new liquor, “Eduardinho”. History says that Eduardo, a professional clown who worked at Coliseu dos Recreios, was a regular customer who used to mix the cherry liquor with several other house liquors in the same glass. This “new” liquor became so successful that it was bottled and labelled soon after.

Currently, everyday customers or national and international tourists quickly fill the small counter as they cannot resist the picturesque, traditional look of this establishment. A must-visit!