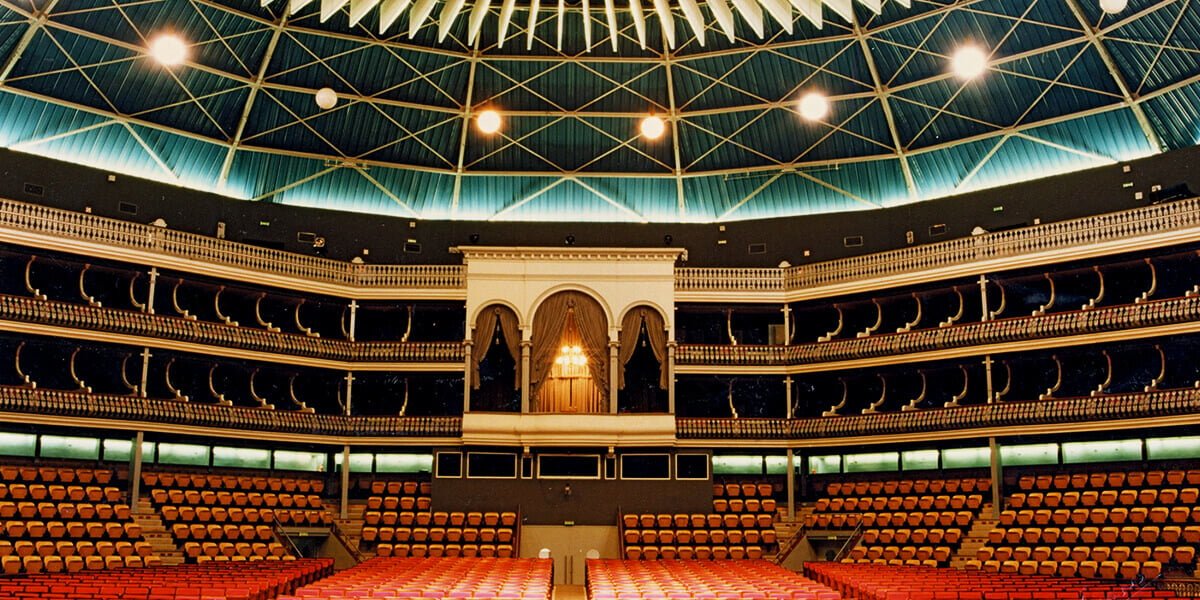 Coliseu dos Recreios is a versatile entertainment hall that arose from a joint project of four bold entrepreneurs who intended to build the largest building in the show business. Built from scratch and inaugurated on August 14th, 1890, with the operetta “Boccaccio”, by Franz von Suppé, Coliseu dos Recreios opened before construction works were completed

This venue has always been a popular entertainment hall that hosts several types of shows, like opera, at affordable prices. It was even an alternative to Teatro S. Carlos during the First Portuguese Republic.
A company coordinated by Ercole Casali, which included Elvira de Hidalgo and Tito Schipa, made its debut at Coliseu dos Recreios in December 1916. Since then, this venue has hosted artists like Alfredo Kraus, Antonietta Stella, Carlo Bergonzi, Elena Suliotis, Fiorenza Cossotto, Joan Sutherland, Piero Cappuccilli, Tito Gobbi or Tomás Alcaide. In the period between 1959 and 198, lyric concerts were organised in conjunction with Teatro S. Carlos, which also allowed people to hear some of the great singers that were coming to Lisbon at affordable prices.

Coliseu dos Recreios was remodelled between 1992 and 1994 and reopened on February 26th, 1994. Its maximum capacity is 2 846 seats and it can accommodate a standing audience of 5672 people.