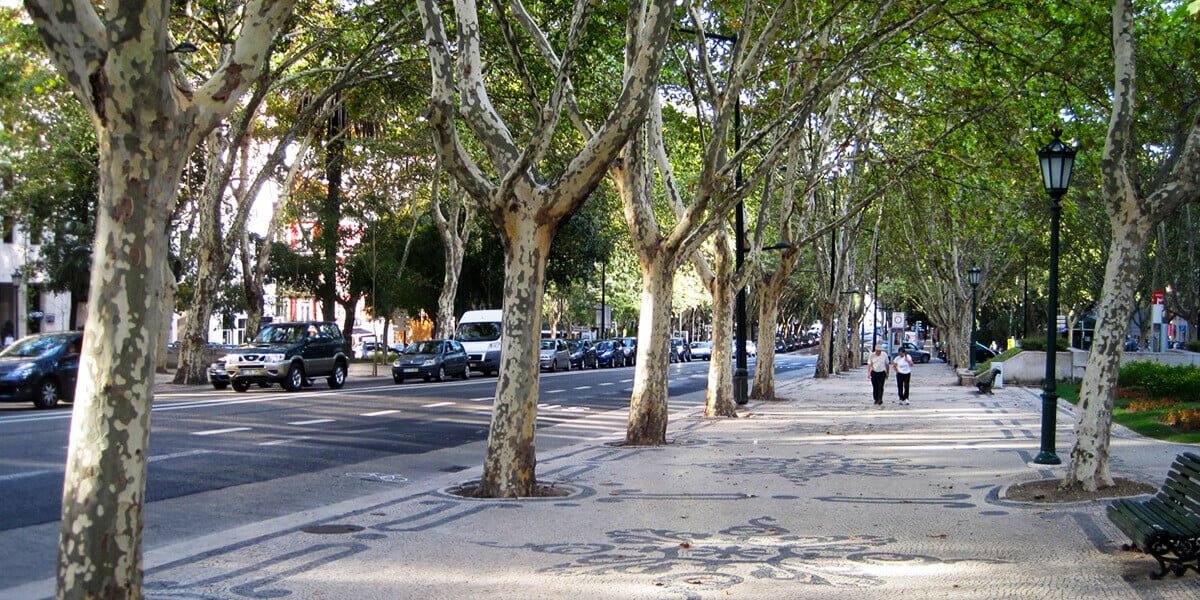 Avenida da Liberdade is one of Lisbon’s main avenues and connects Praça dos Restauradores to Praça Marquês de Pombal. This avenue is about 90 m wide and 1100 m long and has several traffic lanes and sidewalks decorated with gardens and traditional Portuguese pavement.

Lisbon is currently the world’s 35th most expensive city and Avenida da Liberdade is considered one of Lisbon’s most elegant places and was chosen as the perfect location by many offices, renowned stores, hotels, theatres and historical buildings.

After the earthquake of 1755, Marquês de Pombal (the Minister of King D. José I, responsible for the city’s urban, construction and reorganisation planning) chose Avenida da Liberdade to favour the class that had cooperated with his urban plan and created the so-called “Passeio Público”, located in the lower part of Avenida da Liberdade and Praça dos Restauradores, a walkway surrounded by walls and gates that could only be accessed by high society. The avenue, inspired in Parisian boulevards, was built between 1879 and 1886. Its creation was a milestone in city expansion into the north and the avenue soon became the residence of wealthy classes.

Nowadays, Avenida da Liberdade has many interesting buildings from the artistic and architectural standpoint, mainly from the late 19th century and early 20th century. There are also many monuments, like Monumento aos Mortos da Primeira Guerra Mundial, a WWI tribute, and statues of writers like Almeida Garret, Alexandre Herculano or António Feliciano de Castilho.